32 “Then the master called the servant in. ‘You wicked servant,’ he said, ‘I canceled all that debt of yours because you begged me to. 33 Shouldn’t you have had mercy on your fellow servant just as I had on you?’ 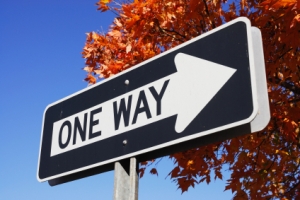 Awwww, good ole forgiveness, this has been a hot button topic in my discussions lately. What brings it all in perspective is this parable. Take a moment and read Matthew 18:23-35

23 “Therefore, the Kingdom of Heaven can be compared to a king who decided to bring his accounts up to date with servants who had borrowed money from him. 24 In the process, one of his debtors was brought in who owed him millions of dollars. 25 He couldn’t pay, so his master ordered that he be sold—along with his wife, his children, and everything he owned—to pay the debt.

26 “But the man fell down before his master and begged him, ‘Please, be patient with me, and I will pay it all.’ 27 Then his master was filled with pity for him, and he released him and forgave his debt.

28 “But when the man left the king, he went to a fellow servant who owed him a few thousand dollars.He grabbed him by the throat and demanded instant payment.

29 “His fellow servant fell down before him and begged for a little more time. ‘Be patient with me, and I will pay it,’ he pleaded. 30 But his creditor wouldn’t wait. He had the man arrested and put in prison until the debt could be paid in full.

31 “When some of the other servants saw this, they were very upset. They went to the king and told him everything that had happened. 32 Then the king called in the man he had forgiven and said, ‘You evil servant! I forgave you that tremendous debt because you pleaded with me. 33 Shouldn’t you have mercy on your fellow servant, just as I had mercy on you?’ 34 Then the angry king sent the man to prison to be tortured until he had paid his entire debt.

35 “That’s what my heavenly Father will do to you if you refuse to forgive your brothers and sisters from your heart.”

To summarize there is this guy (we will call him Joe) who owes the King millions of dollars, he begs the King to have mercy on to him and give him more time to repay the money owed. The King has mercy and forgives his entire debt. Wipes the debt clean. Zero balance.

Joe (whose debt was just cancelled) walks out of the palace, sees a servant of his (we will call him Rob) that owes him 3 or 4 thousand dollars and demands his money back. The servant begs him for more time. Joe refuses, gets angry and throws Rob in jail.

Have we become Joe? We want someone to forgive us no matter how great of a wrong we have done, but we are quick to throw up what someone has done to us. Even if they aren’t of equal wrong doings. In this case $1million vs $4,000.

The King in the story is like our God. We are constantly begging him to forgive us of millions of dollars worth of sin debt. Even in our personal lives, we can do million dollar damage, say we’re sorry and expect to be forgiven on the spot. We then play judge and jury with the wrong someone else has done to us, even when the comparison is pennies on the dollar.

The golden rule has become a one way street.

Treat others like you want to be treated has become treat me good and I will treat you anyway I please. If I’m wrong, forgive me; if you wrong me I will hold it against you.  I will casually dismiss my million dollar wrong and hold you accountable for your thousand dollar wrong.

Truthfully, we can’t repay God for the debt we owe him. It’s too great. That doesn’t stop us from pleading with him to have mercy on us. That same mercy should be extended to your debtors.

The next time you’re holding on to someone’s debt against you whether spiritual or physical; consider your own debt and weigh the cost.

Tell Me what you Thought of this Cancel reply